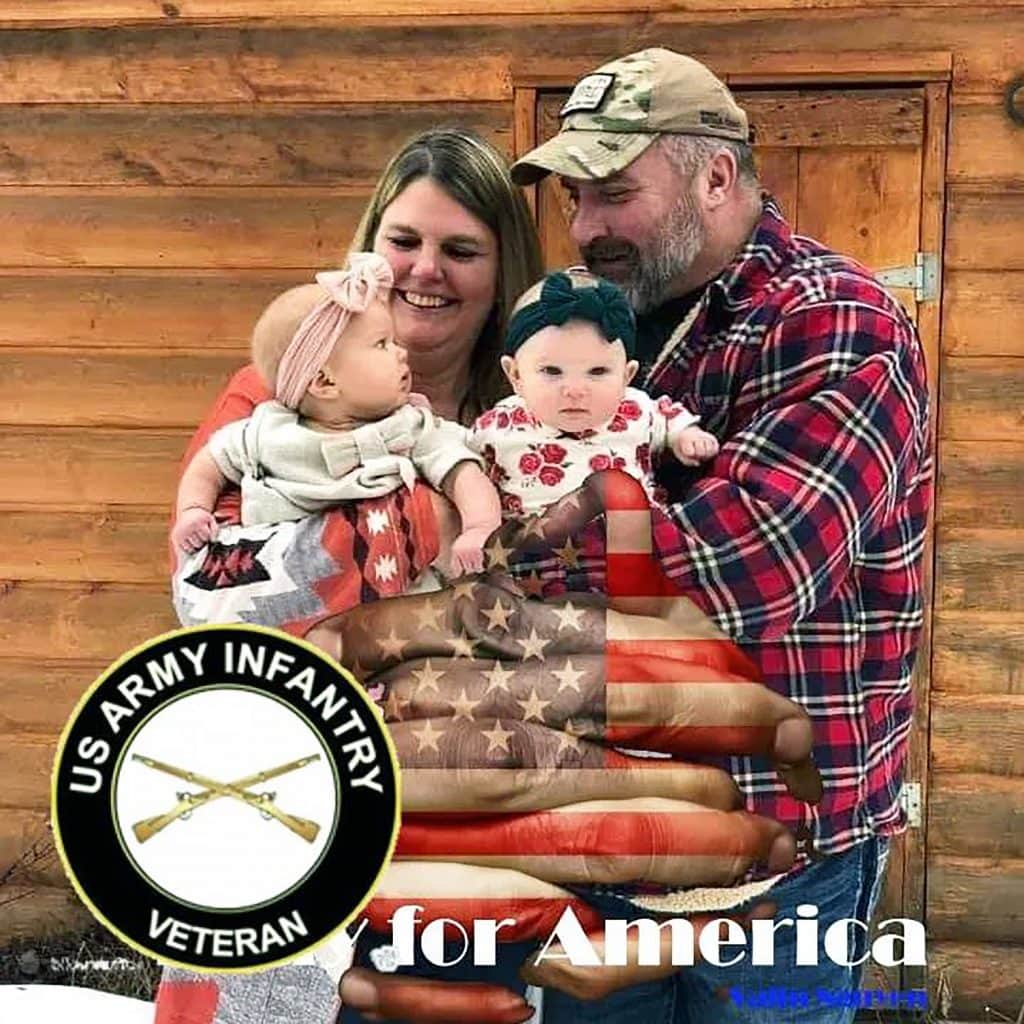 Loon Lake Times’ September print edition page 3 article entitled “Veterans Demand to Be Heard” reported how over 50 veterans gathered in the commissioner’s building on August 30 to tell their personal stories in support of VSO Dr. Robert (Bob) Gumm, how he helped them finally receive the benefits they desperately tried to get on their own. This article features Bob Gumm, provides excerpts of veteran letters, and describes the impact Dr. Gumm’s dedicated service has had in the lives of our local veterans.

“Bob was the light at the end of the tunnel and continues to be that for us and our fellow veterans.”
– Darrel (USN veteran) & Peggy Flyckt

What is a VSO?

A Veterans Service Officer (VSO) helps veterans prepare and process their claims for benefits on a federal, state, and local level. They act as a liaison between the veteran and the VA to facilitate claims paperwork. A VSO is an accredited officer, versed in the laws affecting veterans and their families. They are able to navigate complex rules and regulations to help ensure veterans receive all the benefits for which they qualify and reduce the number of delays and denials received. Prior to 2019, veterans had to wait long periods of time for an appointment and travel to Spokane Valley to receive assistance from a VSO. Currently, the wait time to see a VSO in Spokane County is 8-10 weeks.

In January 2019, Representative Jacqueline Maycumber introduced House Bill 2SHB 1448 which created the Veterans Service Officer Program, designed to provide certified VSOs in counties with less than 100,000 citizens. In July 2019, the bill was signed funding a VSO position for Stevens County under an 18-month pilot program. This VSO would primarily service veterans in Stevens County but would also meet veterans in Pend Oreille, Ferry and Lincoln counties as well. The initial 18-month pilot program was set to expire in June of this year. However, Maycumber was able to obtain additional funding to extend the program for two more years until June 30, 2023.

Stevens County hired Dr. Robert (Bob) Gumm as VSO in 2019. Dr. Gumm has since helped thousands of local veterans throughout the four counties and continues to do so today.

Bob Gumm is a veteran himself. He served in the US Army, 7th Infantry Division (a rapid deployment unit), and the US Army Reserves from 1992-2000. Gumm graduated from the US Army Reserve NCO Academy Primary Leadership Development Course (PLDC) at Fort Lewis as the Distinguished Leadership Graduate, first out of 24 graduates.

In 2000, Gumm was medically disqualified for Narcolepsy from the U.S. Army, which was devastating. He found himself facing the mounds of paperwork that every disabled veteran must navigate to get their benefits approved. “I believe God set it up that way so I could learn,” Gumm said.

In 2013, Gumm was hired to work under the WDVA AmeriCorps grant through the Washington Department of Veterans Affairs where he helped the veterans attending Spokane Community College in Colville. While working with AmeriCorps Vet Corps, Gumm received additional training through the American Legion volunteer service officer program so that he could file claims. “I was submitting so many claims I got my own number. That is how I got involved.”

In 2014, Gumm earned his Doctorate in Education with an emphasis in Organizational Leadership. He hoped the degree would open the door to re-enlist in the Army as a trainer for the US Army Washington State National Guard. “Me and my naïve mind thought that the Army would not get rid of me. I thought worse case they would make me an XO of a drill unit which is why I went back and got my doctorate.” He recalled how his Great Uncle George Ford earned a battlefield commission in WW2, had his leg blown off in Germany, and still the US Army allowed him to serve for over 20 years, and he retired as a sergeant major.

Obviously, it was devastating for Gumm, who comes from a long line of soldiers, to be medically discharged. He learned firsthand how to navigate through the quagmire that is the VA. Gumm quickly turned a negative into a positive by becoming an advocate for his fellow veterans as VSO.

Loon Lake Times has received numerous letters from veterans, all praising Gumm for his work and dedication as VSO. They consistently speak of his perseverance and unwavering support as he successfully navigates the VA system for them. “I am helping thousands and thousands of veterans. I mean, every time I turn on my computer it is slow because I have so many files,” Gumm said.

“Without his (Gumm’s) motivated care and direction, I would most likely have given up on my quest to gain 100% VA disability compensation.” – USAF Veteran Norman Thompson

“Finally, after many years of frustration for me and encouragement from Dr. Gumm, the VA awarded me with 80% disability compensation for my injuries. I can honestly say that without Dr. Gumm’s knowledgeable care and assistance relative to the filing of required VA appeals, I would certainly not be at the good place I am today.” – US Army Veteran Susan Thompson

Being a VSO can be very challenging, and being a good VSO is even more challenging, Gumm explained. He said many veteran claims are denied when they should not be, and the VA is hoping that they will just throw up their hands and quit. But a good VSO doesn’t; they just keep fighting it. “You let them know you are not going away,” Bob said. According to Gumm, there are a lot of unmotivated VSOs that do not have the best interest of the veteran in mind, submitting claims that should have never been submitted, and bogging down the VA system.

“They [veterans] are all that matter,” Gumm stated. “I am a unique VSO. I go above and beyond what I need to do. You heard of Maslow’s Hierarchy of Needs? I follow that to the letter as a VSO because I am a servant of God and our country’s heroes.” He said he helps them with everything, which includes spending 40% of his time helping veterans navigate through the health care system. A VSO should do everything in their power to assist the vet to qualify for as many of their benefits as they can, Gumm said. “I am going to get them (the VA) moving one way or another because failure is not an option.”

“What I’ve discovered via experience is, regardless of intentions, it is a quagmire of red tape, missed communications, complex forms (many duplicates) and numerous variations of saying ‘NO’. The level of frustration finally grinds a veteran (me) down to feeling defeated. Gumm changed all of that through methodically unravelling all of the ‘No’s’ through letters, phone calls, forms, etc. After every denial or administrative roadblock, Bob pressed on. Finally, only through his expertise and perseverance, I received recognition for the military service injuries.” – US Army Air Corps Berlin Airlift Veteran Duane Gagnon

Gumm is responsible for all the veterans; not only those in Stevens County, but Pend Oreille, Ferry and Lincoln counties as well. After 18 months, Gumm said he’s learned that being a Veterans Service Officer is much more than meets the eye. A VSO does not work eight to five, Monday through Friday, but is on call 24/7. Sometimes these veterans have no form of transportation or are too sick to leave their home; in these cases, the VSO must meet the veteran in their home. The VSO must be verse in the workings of the VA and fight when benefits or medical care is denied. A VSO guides the veteran on what records or evidence is needed and reviews the application to ensure all information is included before the claim is submitted. Since each claim is unique to the veteran, experience is key in ensuring the correct strategy is used to receive approval.

When Gumm was asked who influenced him to be a VSO, he responded, “First and foremost, Jesus. Then me and my own disabilities. I basically help the vet mentally, physically, and spiritually. I understand them, and I know what they are going through.

”Kindness and courtesy are shown at all times. His (Gumm) demeanor is always positive and his goal is to find help for each veteran that contacts him. He is interested in truth, discernment, and accountability to see that each veteran receives the services that he/she deserves for giving their all to keep this nation safe. He has a wealth of knowledge about how the Veterans Administration functions and what it provides to veterans.” – Agent Orange Vietnam Veteran Widow Connie King

Veterans Service Officers offer a wide range of services to veterans, their families as well as survivors. VSOs are highly trained individuals who meet the federal regulatory requirements in order to become accredited representatives who can represent all eligible claimants before the Department of Veterans Affairs (VA). In 2019, Stevens County hired Bob Gumm as their first VSO to represent Stevens County as well as Pend Oreille, Ferry, and Lincoln counties. Since then, Bob Gumm has diligently fought for and successfully won benefit cases for many of the local veterans. As Loon Lake Times has learned over the past several weeks through the outpouring of letters and verbal testimonials, veterans do not want just any person in the VSO position, they want Bob Gumm. If you’d like to read more veteran letters sent in support of Bob Gumm, visit loonlaketimes.com/BobGummVSO.