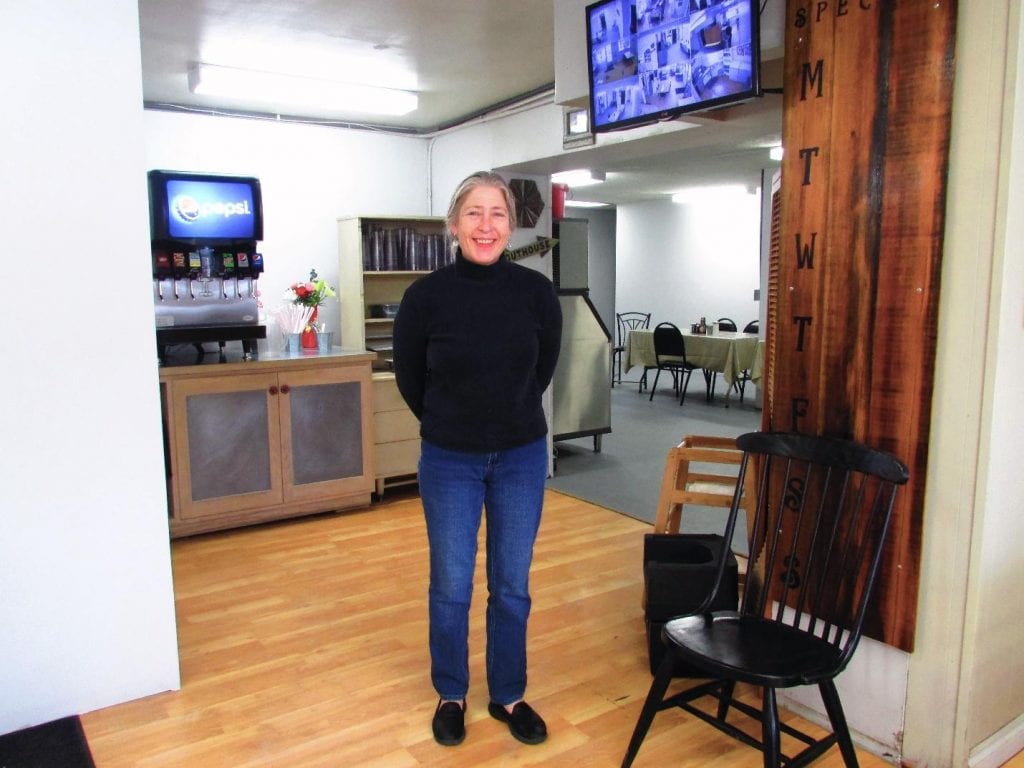 The Kountry Korner cafe in Springdale, located at the intersection of Highways 231 & 292, reopened February 6, 2019. Everyone will remember Joelene Williams as the previous manager and head waitress.  She and her husband, Tracy, have now taken over the operation of the café. They are currently open Wednesday through Sunday, 7:00 a.m. to 3:00 p.m. with all-day breakfast. The menu is basically the same – with a few updates.

Joelene’s background in the restaurant business began at age sixteen, when she started waiting tables at the Black Angus in Spokane.  She worked there as well as other Spokane area restaurants for 15 years. She also worked in the grocery business. She started working at the Kountry Korner in 2013, and then took a one-year break when she operated the café in Valley.  So, she knows the clientele very well and wants to keep her customers satisfied. “Foodphoria” is the happy goal, and everything in the café is geared for that special mix of satisfaction and contentment that comes from a great meal served right.

Joelene’s husband, Tracy, grew up in the restaurant business.  His mother opened a café named “Jackie’s” by the courthouse in Spokane – where they served breakfast and lunch.  That’s where Tracy learned how to cook. Being the oldest of six kids, he also often had to cook for his siblings.  As a career, he worked at finish carpentry work. So, wanting to “retire,” he has returned to cooking.

Tracy has definite ideas about how he’ll run the kitchen – using real potatoes, making original soups and tweaking flavors and seasonings to make the meal special.  He intends to begin cutting his own steaks and creating his own breakfast sausage. He is passionate about meat and fine steaks. Joelene will again make pies from scratch.  The famous cinnamon rolls return as do the maple bars and bread pudding.

The couple bought property in the Springdale area in 1993. They built a cabin and kept adding on, so that it gradually became a house.  In 2008, they moved out here from Spokane, where they had both grown up and gone to school. Being residents of the area, they understand the importance of a cozy café like the Kountry Korner.  So the ambience is basically unchanged. Improvements include Joelene refinished table tops, extra seating, and additional lighting. The floor space now “flows” better.

Grill space is double what it used to be, along with many other updates in the kitchen.  There will be daily specials for breakfast and lunch. The drive-up window is available for to-go orders, and the very popular espresso can be served at the window.

The Williams run a very hands-on operation.  By keeping the hours modest, they can be there during all open hours.  They intend to hire one to two employees for busy times, but they want to keep it small and very personal.  Come check out the new Kountry Korner. The food is terrific and the Williams promise to continue greater excellence!