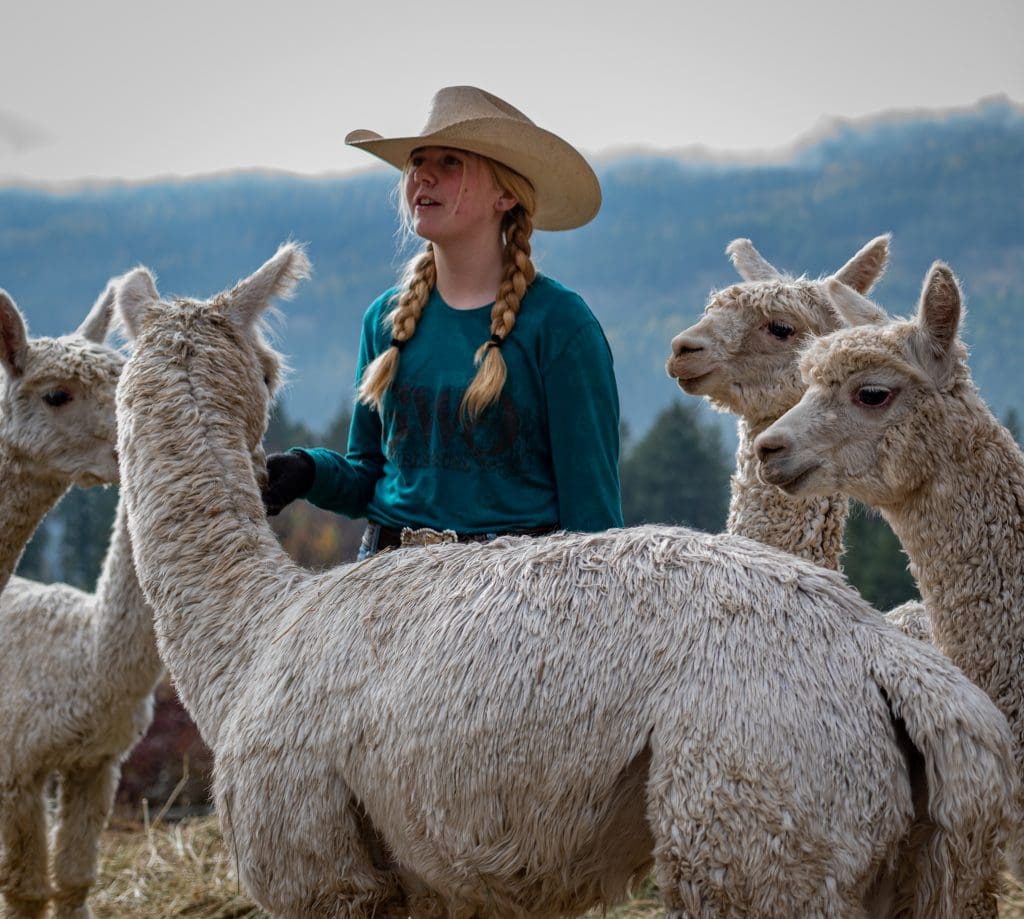 October is the month of winter prep and, with the days growing shorter and shorter, it often feels like there just isn’t enough time left in the day. Not only do all the normal chores need to be done, but every critter needs some slight changes to help them ease into the winter weather. Winter preparation has included installing stock tank heaters and stuffing coops with straw. We’ve stocked up on hay and grain, cut and stacked firewood, and winterized all the pens. I also cleaned out the freezers in anticipation of the upcoming butchering days. My husband filled his bear tag, so we skinned, processed and packaged her. We have hams brining and the rest of the meat will go to bratwurst and summer sausage. For the first time, we have a hay barn and a feed barn so we won’t have to tarp and shovel to feed every day. We spent the entire summer building and prepping so that the change of seasons from here on out will be easier.

We aren’t the only ones feeling the shortness of the days. The chickens have all begun molting, leaving wrinkly naked patches of skin exposed and tiny prickly pin feathers emerging. The birds look like they have had a run in with a porcupine. Their eggs have dropped dramatically and they all have a bit more of a temper, bickering over their snacks and favorite nesting box far more than normal. The turkeys can’t seem to find their coop before the sun fades anymore, roosting on the closest fence or building instead. They also seem to be much more mischievous, finding new ways to escape and new things to jump on. The wild turkeys have returned like they do every fall, but this time around they have decided that my turkeys need to abandon their homes and come join their wild flock. For several times now, we have brought our turkeys back down from the mountain behind the house as they attempt to roost in the trees with their kidnappers. The pigs tend to sleep in later, burying themselves deep into their bedding as they experience their first freezing temperatures. They absolutely love breaking apart their new straw bales and flinging straw all around their shelter. Pigs really enjoy the cooler days. Since they cannot sweat, they have a hard time when it gets too warm. The goats basically live inside their feeder, ignoring the plush grass carpeting their pen. When the sun comes up over the mountain, Sandy will run over to the northeast corner (the sun touches there first) and flops over belly up, soaking in the first warmth of the day. The other two prefer to stay in their hut, snuggled up against one another. The only ones on the farm who haven’t blinked an eye at the fall are the cows. They eat a bit more and occasionally sleep in their stall instead of out in the pasture.

This month’s featured farm took us way up north, across the river and into the mountains. At the top of a long winding dirt road, HeavenLee Mountain Ranch sits on a bluff, overlooking expansive skies and rolling hills. Josh and Desi DeKruyf, along with their 12-year-old daughter Nevaeh, are first generation farmers. They started farming for Nevaeh, who has always had a passion for animals. She aspires to become a veterinarian, dedicating her life to the welfare of her patients. The DeKruyfs raise Suri Alpacas for their luxurious fiber, then use those fibers to support their small family business, JoLees Alpaca Apparel. They sell knitwear including hats, scarves, and gloves.

We arrived and were immediately greeted with welcoming introductions. Josh and Nevaeh had spent the morning hunting, and hurried to get her buck gutted and skinned before our arrival. We were given a full tour, which included a brief ride in their side by side so we could explore some of the outer areas of the property. The fall colors painted their mountaintop home in the most beautiful way. From rolling pastures to dense forest, HeavenLee Mountain Ranch has something to see no matter which way you look.

I was pleasantly surprised at the temperaments of their herd. Never having spent much time around alpacas, my assumption was that they were going to be uninterested in our presence, maybe behaving like a flock of sheep. They were extremely curious, coming to inspect my camera and begging for snacks. They are constantly monitored by two large livestock guardian dogs who met us at the gate before entering the pasture. Due to the location of the ranch, someone must always be on the lookout for predators like cougars and bears since alpacas don’t exactly have the best defenses. Their coats are buttery soft and had an almost metallic sheen even still on the animal. As soon as Nevaeh entered their pasture, they rushed to her side. They clearly know her as their caretaker. At just 12 years old she manages the herd, taking care of all their needs.

Getting to meet people like her (and of course her lovely parents) is one of the best parts of my job. At such a young age, she irradiated this sense of independence and confidence not often found in someone so young. While I’m sure a lot of that was passed down from mom and dad, a lot of that can be credited to the lifestyle they have created for her. She has been given a life filled with opportunities to learn and grow. Homeschooling allows her the time and flexibility to learn non-traditional lessons as well, from caring for her animals to sewing the final touches on their knitwear products, she is involved every step on the way.

Before leaving, I was gifted a pair of fingerless mittens and a beanie. After a few weeks of wear during my chores around our own little farm, I can say without a doubt their products are not only comfortable and cute, but durable too. They would make great gifts or stocking stuffers for Christmas. With a variety of colors and styles to choose from, there is something for everyone on your list. Shopping from farm to closet is a wonderful way to keep business local and keep your products green. To purchase handmade ecofriendly products made in the USA, contact JoLees Alpaca Apparel at HeavenLee Mountain Ranch.