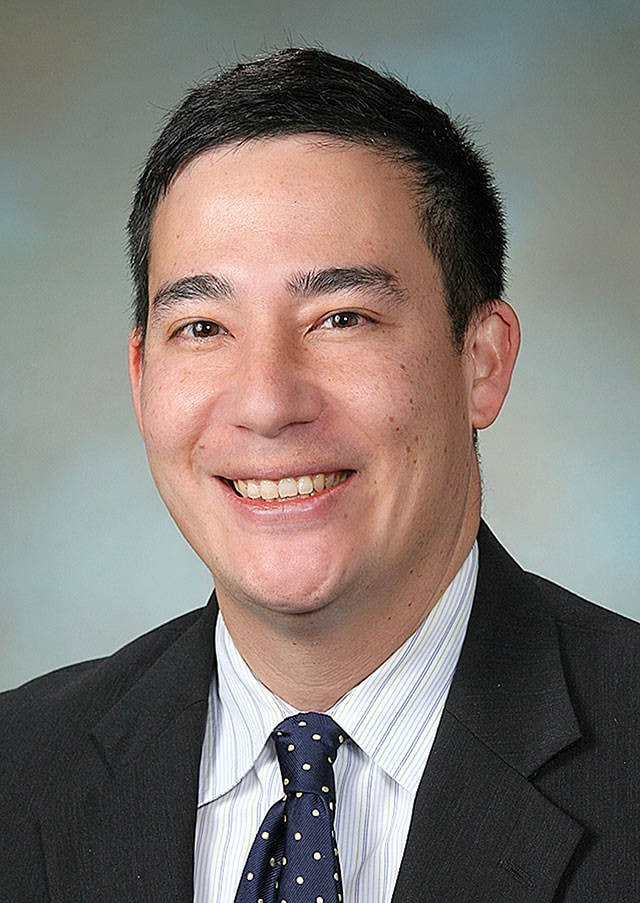 Gov. Jay Inslee today named Steve Hobbs as Washington Secretary of State. Hobbs replaces Kim Wyman who is vacating the position to take a role with the Biden administration.

The governor is in Scotland this week for COP 26, the world climate change conference. A video of his announcement is below.

The Washington Secretary of State preserves the integrity of elections in Washington state; safeguards vital government records, documents, publications and process; provides the business community and public with easy access to information about corporations and charities; and performs public outreach to improve civic knowledge and participation.

Hobbs, a native Washingtonian, grew up in Snohomish County where he still lives with his family. He has represented the 44th Legislative District in the state Senate since 2007. He currently serves as a Lieutenant Colonel in the Washington State National Guard.

Hobbs served for more than 32 years in the U.S. Army, serving in Kosovo and Iraq. He enlisted as a private and eventually worked his way up to Lt. Colonel.

“Steve is a dedicated public servant. He has a strong national security perspective from his work in the Army and National Guard. His knowledge of cyber-security will be crucial as election systems around the country continue to face threats,” Inslee said. “Importantly, Steve has demonstrated political independence. That is crucial during this time of political polarization and distrust. He is a moderate who has worked effectively with people of all political perspectives. He is not afraid to challenge both Democrats and Republicans. Steve has worked to protect democracy and will continue that noble pursuit as Secretary of State.”

“Senator Hobbs is a proven leader and dedicated public servant. As a lieutenant colonel in the Washington Army National Guard, I am confident Steve will bring that same commitment to service and integrity to the Office of the Secretary of State,” said Secretary of State Kim Wyman.

“As a state senator, Steve has a demonstrated record of seeking bipartisan solutions to complex problems, which is essential to the position of secretary of state. It is imperative the secretary of state — the state’s chief elections official — serve as a neutral arbiter in order to inspire confidence across the political spectrum in our election processes and results,” Wyman continued. “This approach is just as essential when overseeing the preservation of and access to our state’s historical treasures, providing a streamlined registration process for Washington corporations and charities, administering various community programs, and so much more.”

“This is a tremendous honor and responsibility. I want to thank the governor for putting his faith and trust in me to perform the duties of this office. There is nothing more sacred than the right to vote. I’ve fought for that right overseas and will do everything in my power to protect that right here in Washington,” Hobbs said. “Our state leads the nation in voting access and security and under my watch I will ensure that we only move to solidify our national standing in this arena.”

Hobbs has both a Master of Public Administration and a bachelor’s degree from the University of Washington. He recently completed Defense Information School through the U.S. Department of Defense and has additional training for officers from the U.S. Army Command and General Staff College.

As an Asian-American, Hobbs will be the first person of color to serve as Washington’s Secretary of State.

Inslee’s appointment of Hobbs is effective Monday, November 22nd and will run in a statewide special election in November 2022 to complete the last two years of the secretary of state’s term.

A replacement for Hobbs’ current senate seat will be made by Snohomish County per RCW 42.12.040.

More information about the work of the Office of Secretary of State at https://www.sos.wa.gov/office/office.aspx