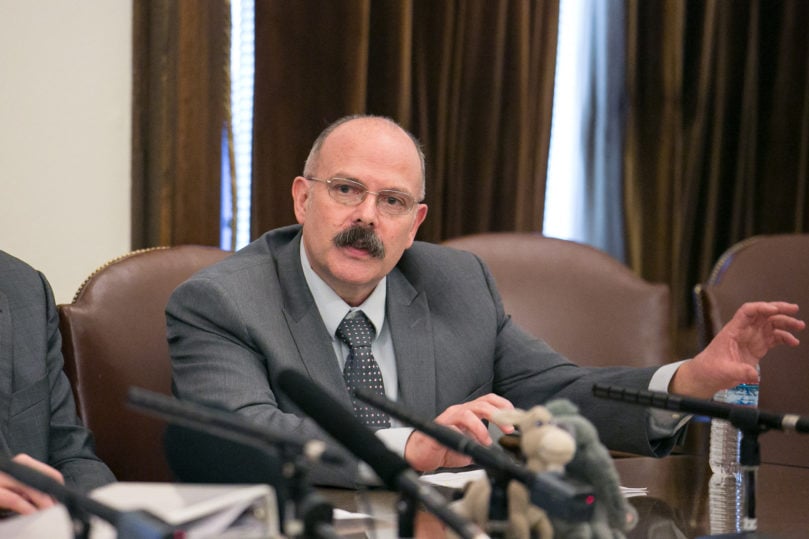 The two bills, sponsored by Wauconda Republican Rep. Joel Kretz, passed the Legislature during the last week of the 2019 legislative session.

“Rather than treat square sections of land, we can be much more effective if we take the resources we have and apply proven forest treatments on long, narrow corridors to create natural fire lines,” said Kretz.  “I don’t want to concede thousands of acres of forestland because we have no geographical firebreaks.  These long corridors have proven effective in keeping small fires small and protecting towns and infrastructure.  We also need to make sure our firefighters are protected and have defensible spaces.  Firefighter safety is a big part of this bill.”

Kretz said his legislation received a boost from a fuel break case study of the recent devastating California wildfires.  The study found that long, narrow stretches of pre-treated forest were responsible for saving several towns and thousands of acres of forestland.  Forest treatments were designed to eliminate fuels and leave stronger, healthy, more fire-resistant trees in place.

“I think when the smoke reached Seattle last summer, folks in Olympia finally started to take notice,” said Kretz.  “The fact that we can either have a little smoke once or twice a year, or choking smoke for much of the summer, is starting to sink in.  We’ve got to get our forests healthy, make them more fire-resistant, and properly manage them in the future.  My legislation is a good step in that direction.”

Kretz’s second proposal, House Bill 2097, requires a statewide analysis of wolf recovery efforts and recommendation to the state fish and wildlife commission whether a change in status is warranted.  The bill also provides more funding for nonlethal deterrents and directs the state Department of Fish and Wildlife to maintain sufficient staff resources to respond to wolf conflicts in northeast Washington.

“I know wolf recovery efforts in northeast Washington are far above the rest of the state,” said Kretz.  “We need a statewide look to provide factual data, not just speculation.  We also need to make sure funds are available to reimburse livestock losses and for required nonlethal deterrents.  Wolf recovery has turned out to be an enormous unfunded mandate on the counties, citizens and family ranches that can least afford it.  Wolf recovery is different in areas that are saturated with wolves and my bill gives the department some flexibility in how they operate in areas that have far exceeded recovery goals.”

Kretz said both bills were the culmination of several years’ of effort and relationship building in the state Legislature.

“To get legislation like this passed into law with the current political and ideological makeup of the Legislature takes a lot of work,” said Kretz.  “You’ve got to educate other legislators almost on a one-on-one basis.”